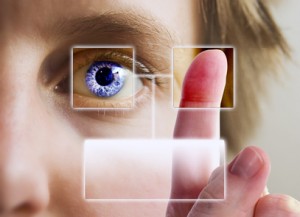 EMDR stands for Eye Movement Desensitization and Reprocessing and was originally a method used in psychotherapy to process trauma developed by Dr Francine Shapiro.

EMDR is considered an effective method for treating stress and trauma. After a successful EMDR application, most clients feel clearly relieved. Emotional beliefs that have a negative impact on their interpretation of personal situations are reformulated into positive ones. The feelings of stress often subside noticeably.

REMSTIM 3000 uses the key EMDR component of rapid eye movement stimulation. In self-coaching, the EMDR-device REMSTIM 3000 can be used to remove the stress and strains of everyday life. In particular, if they are caused by past experiences.

The bilateral hemisphere stimulation of the brain, also known as rapid eye movement stimulation, is the central element of EMDR. These rapid eye movements play a crucial role. In many cases, the client can tap into a stronger well of resources and process those burdensome experiences that help trigger various stress sensations. According to the theoretical model of adaptive information processing, these stressful experiences are anchored in memory networks that have been blocked or incompletely integrated in the brain.

Currently, scientists believe that this is caused by some kind of failure to store the relevant memories in the brain properly. Usually stressful memories are processed by the brain’s normal information processes, resolved, and then to some extent as valuable experiences to be remembered without the associated feelings of pain. REM sleep plays an important role in this process. The great similarity between bilateral stimulation through rapid eye movement and REM sleep is obvious. 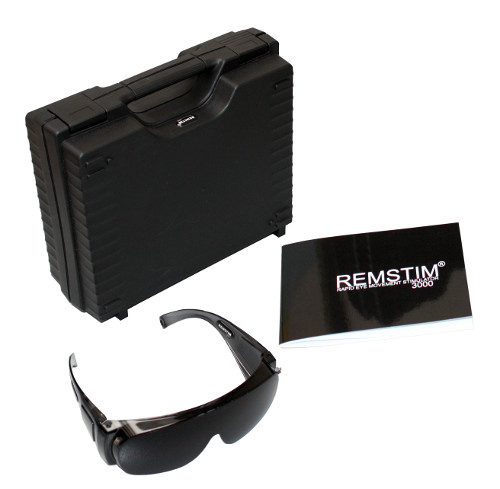 While EMDR was initially developed to treat stressful memories in post-traumatic stress disorders, it has quickly become apparent that the method can also affect everyday feelings in coaching and self-coaching applications. In particular, if these emotions are caused by past experiences. Memories of past events may be the cause of a wide range of stress situations.

EMDR probably works on a neuro-biological level. Exactly how is not yet known. In many cases, EMDR can noticeably transform stressful memories and the associated side effects and behaviour patterns for the better.

Bilateral stimulation, unique to the EMDR method, apparently reactivates the brain’s self-regulating system in case the brain’s normal mechanisms are blocked to accelerate processing of stressful thoughts. It appears that EMDR dissolves mental and emotional blockages in the brain and then integrates the information previously incorrectly stored.

Visual bilateral stimulation (rapid eye movement stimulation) can also be used in self-coaching. But unlike the use of EMDR in therapist-driven treatment, the goal of the self-coaching method is the rapid and noticeable breaking down of performance stress and increases in creativity, mental health, and conflict stability.

The self-coaching method using the REMSTIM 3000 can be seen as performance-enhancing mental training. It is not a diagnostic procedure or any form of medical or other treatment, and does not treat any diseases or disease symptoms. No curative claims are made that raise false hopes in the user. Normal mental and physical capacity is a prerequisite for uses in self-coaching, as is always the case with coaching. (Read this important information.)

Learn more about coaching with EMDR

Why Estimating Our Stress Level is Important

I admit that the question: “To what extent do you feel affected by the subject now?” is one that sounds somewhat stilted. But since this question is supposed to be precise, this formulation has in fact proven its worth. This alone increases participants’ attention. I could also formulate the question in the following way: “How high is your current level …