How Somatic Markers Affect Our Lives

Somatic markers become noticeable with the help of bodily reactions of varying strengths. 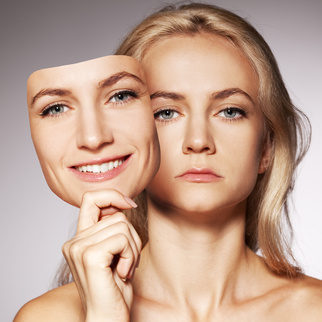 Often, a situation (external stimulus) will only cause goose bumps, while another will lead to great discomfort. Why is this? Obviously, the body energy of the somatic marker depends on the original emotional state of excitement during the specific experience.

When acquiring a somatic marker that creates a new experience in our body memory, ‘marking’ and evaluating it emotionally in the future, the body’s original state of excitement during the experience has a decisive influence on the body’s later reaction.

This experience is normally integrated into our non-emotional cognitive memory while we sleep, and especially during REM sleep. Thus, experiences are not only evaluated emotionally, but the cognitive player which makes the access to our mental resources possible, is also present.
If, for example, we find ourselves in a situation which we know, albeit unconsciously, we quickly receive an emotional evaluation from the relevant somatic marker, which we can then further process with the help of our cognitive abilities. Therefore it is usually also possible to slow down the reaction initiated by the somatic marker, and to make a conscious action using our own thinking. Reflexes can thus be reconsidered and replaced by new intentional behavioural strategies.

Given a certain level of excitement, however, it is possible that the experience overtaxes our body’s own processing mechanisms.

For example, accident victims, war veterans and victims of a raid had to experience a situation in which they were extremely heavily burdened, possibly even confronted with death. At the same time, the body would likely have found itself in a state of extreme emotional excitement, an absolute state of emergency. These people often experience trauma.

In many trauma patients, the usual processing of the experience can be observed to be interrupted during REM sleep. An increased level of excitement during a dream often leads to the subject waking up. In this situation, restful REM sleep does not occur, and the cognitive processing of the experience endured, which usually takes place during this REM sleep phase, cannot occur.

When REM Sleep Phases Are Missing

In 2002, sleep researcher Robert Stickgold examined traumatised Vietnam war veterans. While they experienced their terrible war experiences again and again in nightmares, Stickgold could not identify any REM sleep phases. After successful EMDR treatment of the traumatised, which cured them of their trauma and allowed them to experience restful REM sleep phases without disturbances again, he concluded that there are clear parallels between the rapid eye movements of REM sleep and the fast eye movements consciously initiated in the waking state during an EMDR intervention.

If there is no integration into the cognitive memory, the emotional experiential memory does not have its cognitive partner available for this special event. This can lead to violent reactions in similar situations, as the somatic marker communicates its emotional evaluation unfiltered.

From an evolutionary point of view, which should ensure the continued existence of every living being, this kind of reaction makes sense. A strong emotional reaction with equally strongly perceived body sensations is intended to warn against similar situations. Often, people experience these kinds of powerful and simultaneously unpleasant reactions in moments of fear. Furthermore, such exuberant emotional body markers can often lead to mental blockages.

Please note: The mention in this article of mental illnesses such as anxiety disorders and pathological phobias and their treatment is solely to give a complete picture. EMDR is used to treat pathologies only under the supervision of a trained therapist and should not be treated with coaching or self-coaching. This website does not address the treatment of disease.