Which form of stimulation technology do REMSTIM 3000 EMDR glasses use? 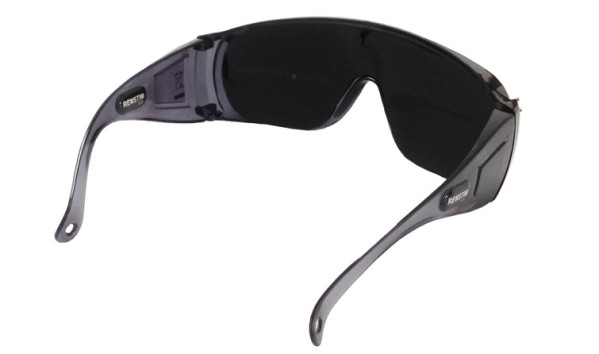 The development of technology for visual bilateral stimulation, which noticeably yet pleasantly guides the eyes in performing quick movements when in use and also appears so simple, required many experimental trials. Various models were tested before the EMDR glasses went into production.

The results showed that the following parameters are crucial and decisive for the effective and successful application of EMDR self-coaching.

Only one form of stimulation used in REMSTIM 3000 met the high demands for an effective EMDR: This is based exactly on a coach waving his finger in front of your eyes. Consequently, the light stimulus simulates the flowing, stimulating movements of the hand, ensuring that the EMDR glasses never leave the user’s eyes without a guide. Uncoordinated saccades are therefore not possible.

Experimental results pave the path to the right stimulation technology
Experiments involving less complex technical solutions, in which light sources positioned at the outer edge of the eyes’ field of vision alternately flashed, led to unsatisfactory results. The eyes often performed rash and uncoordinated jumps between the alternately flashing light stimuli. The user was then repeatedly forced to find the rhythm of the alternately flashing light pulses, which made following with a uniform eye movement extremely difficult. The eye movements resembled more of a hasty and uneven jumping back and forth. 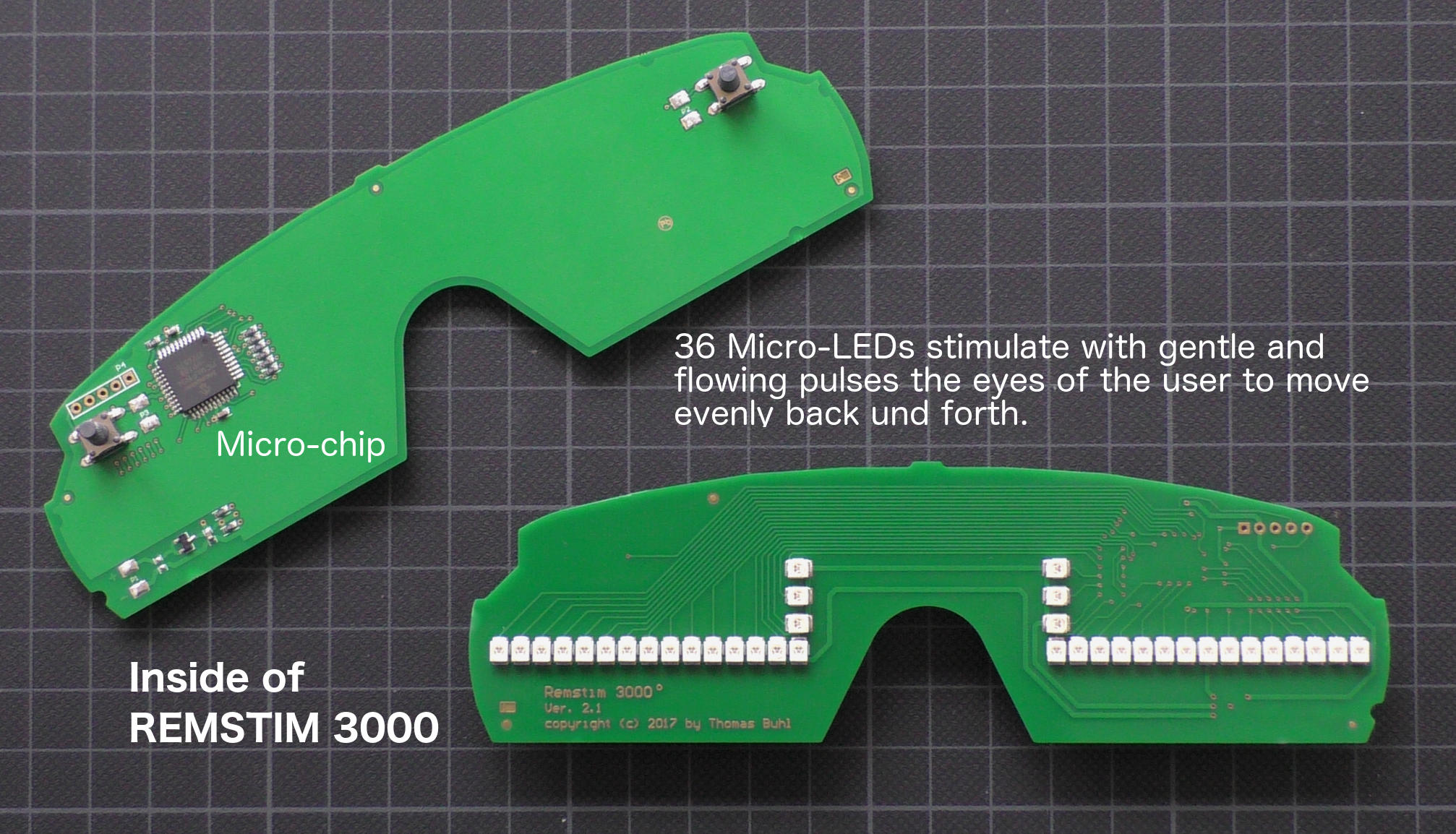 For this reason, the REMSTIM 3000 EMDR glasses use 30 horizontally aligned precision micro-LEDs, which produce an unobtrusive and permanently guiding stimulus. Both of the user’s eyes are individually and synchronously guided in performing uniformly flowing quick movements throughout the entire EMDR stimulation application. Jumps and rushed back and forth movements of the eyes, which can prevent the positive stimulation effects of successful self-coaching, are thus avoided.

This is due to the fact that there are major differences among users in how far they can look to the left and right with their eyes. These differences in the maximum degree of eye displacement must be taken account in the customization of the EMDR device. Also, the speed at which the stimulus of EMDR glasses stimulates the user must be adjustable. The previously used settings are stored in the glasses’ control chip for the next application.

But not only do different users use different settings. Even a single user will want to adjust the stimulation parameters to his or her own needs and coaching goals. For example, intervention with self-coaching requires usually faster stimulation than intertwining positive memories and expedient and affirmative beliefs.